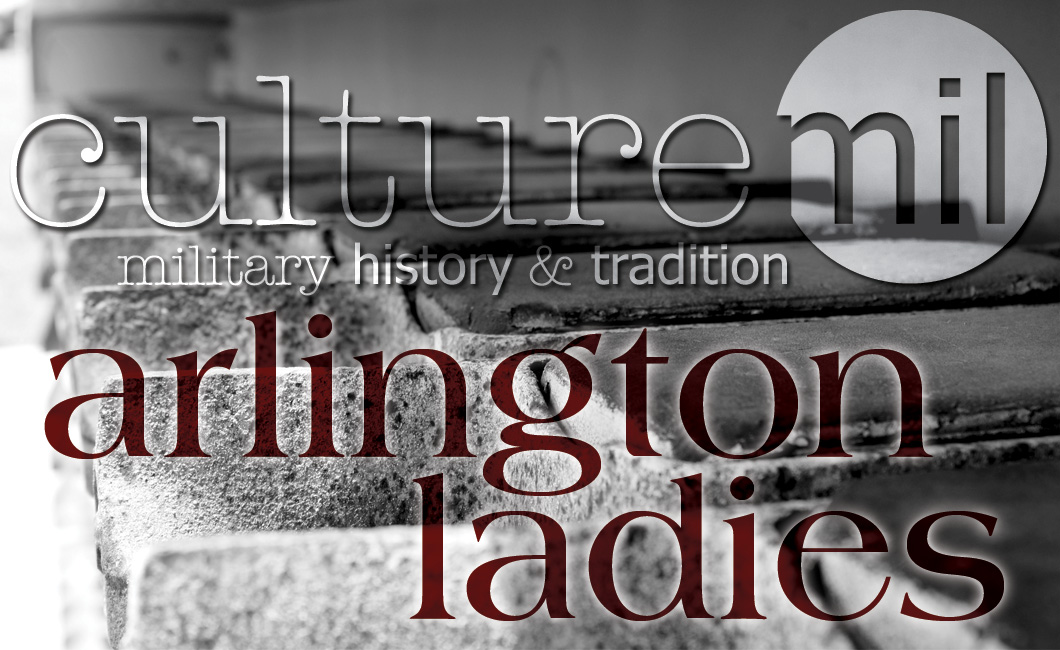 Anyone who has been to or watched a military funeral on TV knows of the Honor Guard and the 21-Gun-Salute. But there is another aspect to military funerals that little is said about. They are the Arlington Ladies.

Both practical and symbolic, these conservatively dressed women honor our fallen service members during their final mile. Whether coming home from war or long since retired, they attend every funeral at Arlington Cemetery in Arlington, VA.

Mostly retired veterans themselves or their family members, their primary goals are to ensure no service member is ever buried unattended and to serve the needs of the family, present or not. Whether the funeral is packed with friends and family or the only attendees are the Honor Guard, there is always an Arlington Lady present, year round no matter the weather.

They are not mourners and do not think of themselves that way. They attend for the same reasons many join the military. Honor. Duty. Country. They are there to pay tribute and, above all, honor our heroes.

Originally named the Arlington Committee, they were founded in 1948 when Staff General Hoyt Vandenberg passed by a funeral attended only by the chaplain and the Honor Guard. Distraught that a fellow airman was making his final journey alone, he went home to his wife Gladys and told her what he had seen. She started the Arlington Committee by personally attending the funerals for military personnel. The Army Arlington Ladies were officially formed in the early 1970s when General Creighton Abrams, the Army’s chief of staff, also happened upon a burial with no mourners. The Army, Navy and Air Force all have Arlington Ladies representing them at funerals. Since then, no service member, young or old, is ever buried alone at Arlington Cemetery.

The Arlington Ladies mission has grown through the years. They deliver a personal note of condolence to family members at the funeral from the chief of staff’s office, as well as a note from themselves based on information proved by the chaplain regarding the service member. If no family is able to attend they send a missive describing the service. But they do not let it go at that. They encourage any family members who wish it to remain in contact. They also follow up with a letter to the families six to eight weeks later to remind the families they are still thought about and remembered.

They work on a monthly schedule with two volunteers assigned to each day, Monday through Friday. Arlington Cemetery holds an average of 80 to 100 burials per week, with numbers on the rise, spread across 612 acres. About half of the funerals are for service members, which are divided between the two volunteers for the day with only a day’s notice of how many funerals they will be attending, either on the grounds or in the cemetery’s columbarium.

In recent years, the Army has decided they want the Arlington Ladies to have a more official presence. They are now escorted to funerals by the Army’s Old Guard.
There is no sign up sheet or call for volunteers. The only way to join the Arlington Ladies is to be invited by another member.

The Arlington Ladies want no recognition for themselves. But what they do should be honored, as they are honoring our service men and women. No service member should ever have to make that final mile alone. Do not let them be forgotten.