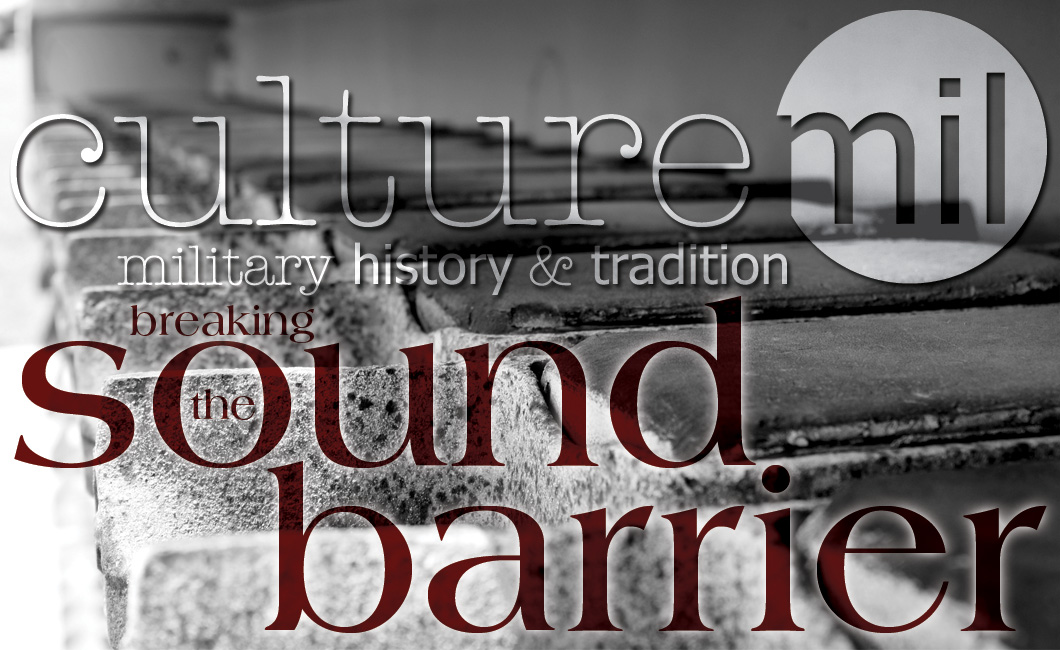 The morning of Tuesday, October 14, 1947, dawned bright and beautiful over the Muroc Dry Lake, a large expanse of flat, hard lake bed in the Mojave Desert in California. Beginning at 6:00 a.m., teams of engineers and technicians at the Muroc Army Air Field readied a small rocket-powered airplane for flight. Painted orange, and resembling a 50-caliber machine gun bullet mated to a pair of straight, stubby wings, they carefully installed the Bell X-1 research vehicle in the bomb bay of a four-engine B-29 bomber of World War II vintage. At 10:00 a.m., the B-29 with its soon-to-be historic cargo took off and climbed to an altitude of 20,000 feet. As it passed through 5,000 feet, Captain Charles E. (Chuck) Yeager, a veteran P-51 pilot from the European theater during World War II, struggled into the cockpit of the X-1. This morning Yeager was in pain from two broken ribs incurred during a horseback riding accident the previous weekend. However, not wishing to disrupt the events of the day, Yeager informed no one at Muroc about his condition, except his close friend Captain Jack Ridley, who helped him to squeeze into the X-1 cockpit. At 10:26 a.m., at a speed of 250 miles per hour, the brightly painted X-1 dropped free from the bomb bay of the B-29. Yeager fired his Reaction Motors XLR-11 rocket engine and, powered by 6,000 pounds of thrust, the sleek airplane accelerated and climbed rapidly. Trailing an exhaust jet of shock diamonds from the four convergent-divergent rocket nozzles of the engine, the X-1 soon approached Mach 0.85, the speed beyond which there existed no wind tunnel data on the problems of transonic flight in 1947. Entering this unknown regime, Yeager momentarily shut down two of the four rocket chambers, and carefully tested the controls of the X-1 as the Mach meter in the cockpit registered 0.95 and increased still. Small invisible shockwaves danced back and forth over the top surface of the wings. At an altitude of 40,000 feet, the X-1 finally started to level off, and Yeager fired one of the two shutdown rocket chambers. The Mach meter moved smoothly through 0.98, 0.99, to 1.02. Here, the meter hesitated then jumped to 1.06. A stronger bow shockwave now formed in the air ahead of the needlelike nose of the X-1 as Yeager reached a velocity of 700 miles per hour, Mach 1.06, at 43,000 feet. The flight was smooth; there was no violent buffeting of the airplane and no loss of control as feared by some engineers. At this moment, Chuck Yeager became the first pilot to fly faster than the speed of sound, and the small but beautiful Bell X-1, became the first successful supersonic airplane in the history of flight.*

October 14, 1947, decorated American ace, U.S. Air Force Captain Charles Elwood “Chuck” Yeager, flew at Mach 1.06 (700 miles per hour at 43,000 feet) to become the first flier to officially break the sound barrier (speed needed decreases as altitude is increased). Yeager and his plane were lifted to an altitude of 25,000 and then released through the bomb bay by a B-29 where he flew over Rogers Dry Lake (also known as Muroc Dry Lake) in Southern California. Due to the secrecy of the project, the announcement was not made until June of 1948.

Yeager, who retired as a Brigadier General, was born in Myra, West Virginia, in 1923. He enlisted in the U.S. Army Air Corps upon graduation from high school and served as a fighter pilot in World War II, flying 64 combat missions and downing 13 enemy aircraft, including five in a single day. He was shot down in 1943 after making his first kill but escaped with aid from the French resistance.

Yeager continued to serve the newly constituted U.S. Air Force, both as a flight instructor and as a test pilot. He, along with several other volunteers, was chosen to test-pilot the X-1 rocket plane in an attempt to explore the possibility of supersonic flight, theorized by many aviators to be impossible due to transonic drag, which they believed would tear any aircraft apart.

Yeager’s rocket plane, named “Glamorous Glennis” after his wife, was an experimental Bell X-1 built by Bell Aircraft Company and was modeled after a .50-caliber bullet with a streamlined fuselage and unswept wings. And while Yeager experienced the same violent buffeting when nearing Mach 1 as noted by pilots in Korea (several of whom lost their lives), he said his experience changed to an eerie quiet once he raced ahead of the shock wave and noise created by his airplane.

Yeager set a new air speed record of 1,650 mph in 1952. He commanded the Air Force Aerospace Research Pilots schools after the onset of the space race, flew test flights during Korea, commanded the 405th fighter wing out of the Philippines during Vietnam, which included 127 air-support missions, and served as U.S. Defense Representative to Pakistan during its war with India in the 1970s.

Retiring after 34 years as a military pilot from the Air Force in 1975, with over 10,000 flight hours in more than 330 different aircraft, Yeager continued to consult and still flies. His military and civilian awards include the Congressional Gold Medal, the Presidential Medal of Freedom, the Purple Heart, the Bronze Star with V device, the Air Force Commendation medal, the Silver Star with oak leaf cluster, the Legion of Merit with oak leaf cluster, the Distinguished Service Medal, the Distinguished Flying Cross with two clusters, the Air Medal with ten clusters, the Harmon International Trophy (1954) and the Collier and Mackay Trophies (1948). In 1973 he was the first and the youngest military pilot to be inducted into the Aviation Hall of Fame and one of a very few who has risen from enlisted man to general in the Air Force. As Yeager said, “You don’t concentrate on the risks. You concentrate on the results. No risk is too great to prevent the necessary job from getting done.”