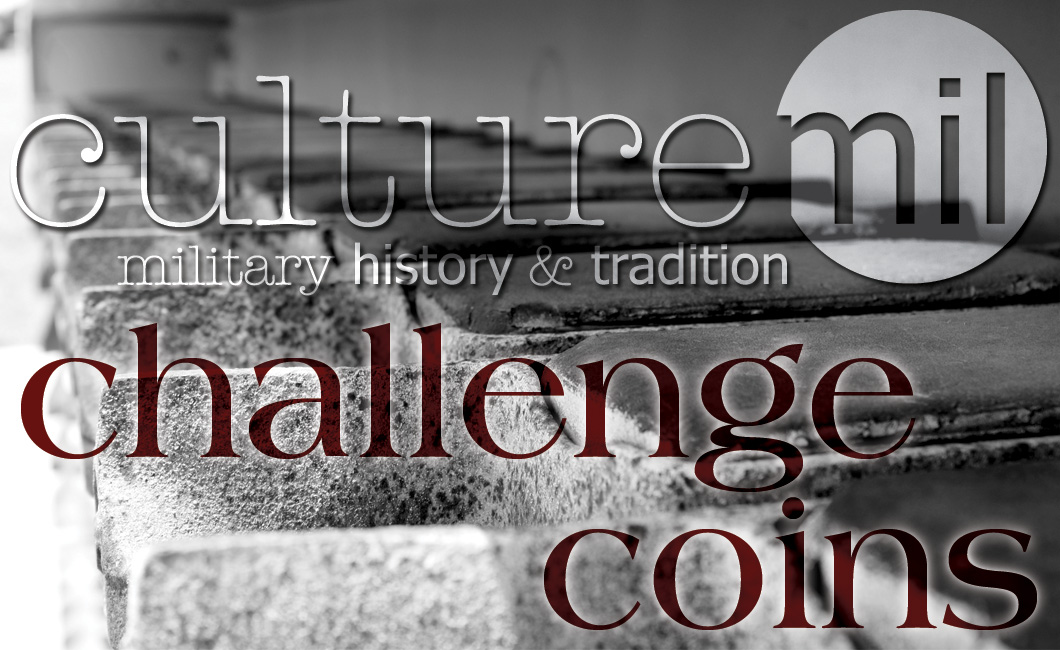 Sources agree, there is no definitive origin to the Challenge Coin. One of its earliest stories dates as far back as Ancient Rome. However, the most popular claim of the Challenge Coin’s origin begins during World War I.

Stirred to action, many wealthy young Americans dropped out of college to volunteer with the newly formed flying squadrons in Europe. In one such unit a wealthy lieutenant ordered bronze medallions be struck and handed them out to the men in his unit. Shortly after, one of his pilots was brought down after his aircraft sustained serious damage by ground fire. Forced to land behind enemy lines he was captured by a German patrol.

The Germans removed all personal identification from the pilot except a leather pouch he wore around his neck. Inside the pouch was the coin given him by his lieutenant.

The pilot escaped his confinement from a small French town near the front during a bombardment by the Allies. Successfully avoiding patrols on his bid for freedom he crossed into no man’s land and eventually made it to a French outpost.

Plagued by saboteurs masquerading as civilians, the French were preparing to execute the pilot as he had not proof of identity. The pilot pulled out the coin his lieutenant had given him in an attempt to prove his allegiance. One of the French soldiers recognized the squadron insignia causing his captors to postpone his execution until they could verify his identity.

Today, aside from being used for challenges, the coins serve a multitude of purposes. From rewards to morale enhancement, they are an integral part of military life. They symbolize brotherhood and unit identity through unit symbols or mottos. They can be simple or complex and have expanded outward to other countries, as well as public safety. They are a long standing and unique part of military tradition.