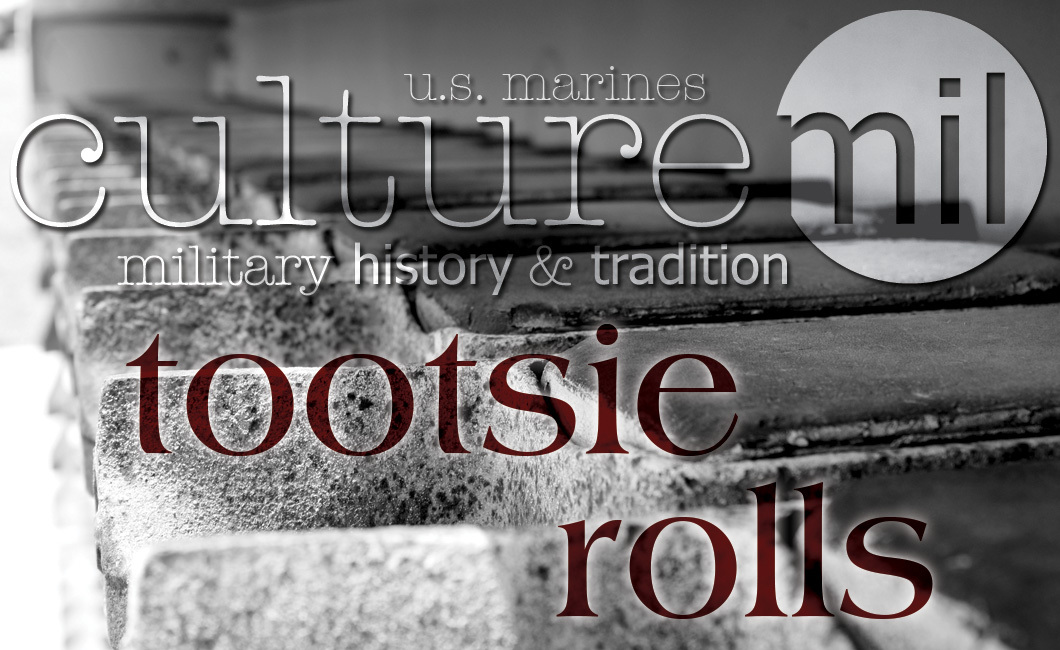 “You heard me. We need Tootsie Rolls dropped ASAP!”

Late 1950, surrounded by approximately 200,000 Chinese and North Korean troops in the Chosin Reservoir, North Korea, approximately 10,000 Marines from the 1st Marine Division were in imminent danger and unable to move out of an untenable position. With temperatures dropping to as low as -50 degrees and food and ammunition running out, a radio operator ordered a supply of “Tootsie Rolls” (mortar shells) to be dropped as soon as possible.

Due to a fear of a possible intelligence breakdown in communication codes, new code words had been developed. But the radio operator on the receiving end wasn’t aware of the change. A few hours later the desperate Marines were bombarded with thousands of cases of the real deal, Tootsie Roll candies.

Known for their chewy indestructibility, the Tootsie Rolls lived up to their reputation in the Chosin Reservoir. Pitted against the extreme temperatures, the Marine’s C-rations had frozen and burst, leaving them with very little to eat. Tucked away in their clothes to remain soft, the accidental drop of actual Tootsie Rolls not only gave the Marines the sugar and energy they needed to continue to fight, but they also were able to use them to plug gas tanks, radiators and fuel drums hit by enemy fire, allowing them to leave their vulnerable position.

The Marines of the Chosin Reservoir became known as the “Frozen Chosin” or the “Chosin Few.” A display, at the National Museum of the Marine Corps located in Triangle Virginia, has been dedicated to them and their unique story. It features a Marine, standing in the snow, with a Tootsie Roll wrapper at his feet.

Not only have Tootsie Rolls earned their place in American Pop Culture, they also have more than earned their place in military history. They have been part of armed forces rations since World War I, for their ability to survive intact in extreme cold, thawing in temperatures as cold as -30 degrees, but also for their ability to resist extreme heat without crystallizing or melting. Their role in the Chosin Reservoir, critical to the survival of those Marines, only strengthens the Tootsie Roll’s place throughout American culture.