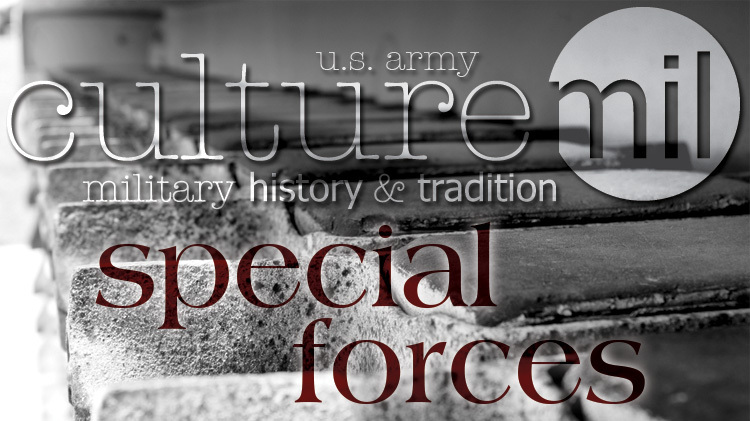 “There’s no reason to thank us because we don’t exist. You never saw us. This never happened.”

At the behest of Colonel Aaron Bank, the United States Army Special Forces was officially activated on June 19, 1952, at Fort Bragg, North Carolina. Bank, who was assigned as the newly formed 10th Special Forces Group’s first commander, had been determined to assemble a group of highly trained troops, the best the Army could offer. On the day of their official activation, the group consisted of Banks, a warrant officer and eight enlisted men.

Also known as the Green Beret, they adopted the iconic beret in 1954 to distinguish themselves from the main Army. But it wasn’t until 1962 that they were granted official and exclusive rights by President John F. Kennedy. He ordered they be made a “symbol of excellence, a badge of courage, a mark of distinction in the fight for freedom.”

Although the Special Forces weren’t created until 1952, they can trace their roots back to World War II, as well as early in the Korean War:

Today, the Special Forces receive extensive training, which includes a thorough knowledge of foreign languages, cultures and customs. They also master skills such as training and organizing insurgents, native forces, surrogate fighters and foreign armies. Their preparedness allows them to be ready at a moment’s notice, to take action the moment a crisis begins.

They have five primary missions:

Since their creation, Special Forces have evolved to versatile, twelve-man teams called Operational Detachment Alphas (ODA). Each member is an expert in his or her chosen MOS, receiving specialized training that prepares for higher levels of stress and allows them to utilize more self-reliance, maturity, initiative and resourcefulness. A typical ODA team includes a commander, assistant commander (warrant officer) and ten sergeants, two each: weapons, communications, medical and engineering; and one each: operations and intelligence. However, the composition and size of a team can be altered due to mission type.

As of 2018, the U.S. Army Special Forces ODAs have deployed worldwide to 149 of the 195 recognized countries. As a group, they call themselves the “quiet professionals” and they always strive to live up to their motto, “De Oppresso Liber” (To Free the Oppressed).