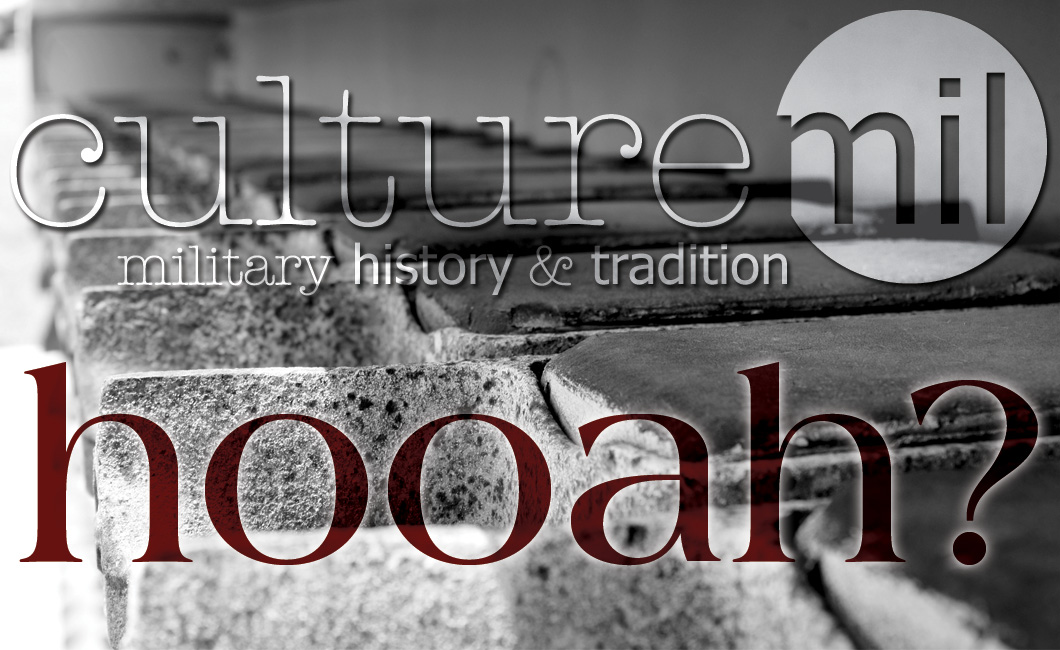 Written by Jenifer Chrisman on October 5, 2015.

“Hooah” is not just a word; it is an esprit de corps and holds significant meaning to those in the military who use it. “Hooah’s” counterparts, “Hooyah” (Navy Special Forces) and “Oorah” (Marines) share a sense of motivation, unity, mission preparedness and confidence in success. Meanwhile, neither the Navy as a whole nor the Air Force appears to have a service call that represents them, although the Navy does use “Aye Aye.”

Varying sources agree there is no definitive genesis for these calls, although there is quite a bit of speculation. “Hooyah” and “Oorah” are most commonly thought to derive from hoorah, while “Hooah” appears to have far more numerous possible sources. From Mongolian’s war cry “Hurree” to the British infantry’s “Huzzah,” from the acronym HUA to General Cota mishearing “Who, us?” as “Hooah” in response to his “Lead the way, Rangers” on D-Day, “Hooah” has a variety of possible sources from which to claim its derivation.

Although there are no set definitions, spellings or origins for “Hooah,” “Hooyah” and “Oorah,” they are a well-defined and significant part of military culture, their meaning well understood by the military who share their use.

Aye Aye is used by the Navy to indicate an order has been received, is understood and, with the intent to act, will be carried out immediately.

Hooah /’hu:a:/ referring to or meaning “anything and everything except no”. Used by the U.S. Army.

Hooyah is the battle cry of the Naval Special programs such as SEAL, SWCC, Diver, SAR and EOD programs. It may be used in cadence, whispered or shouted.

HUA is an acronym for “Heard, Understood, Acknowledged.”

HUAW is an acronym for “Hurry Up And Wait.”

Oorah, or Hoorah, is used as an expression of enthusiasm, battle cry or to respond to a verbal
greeting by the U.S. Marines.