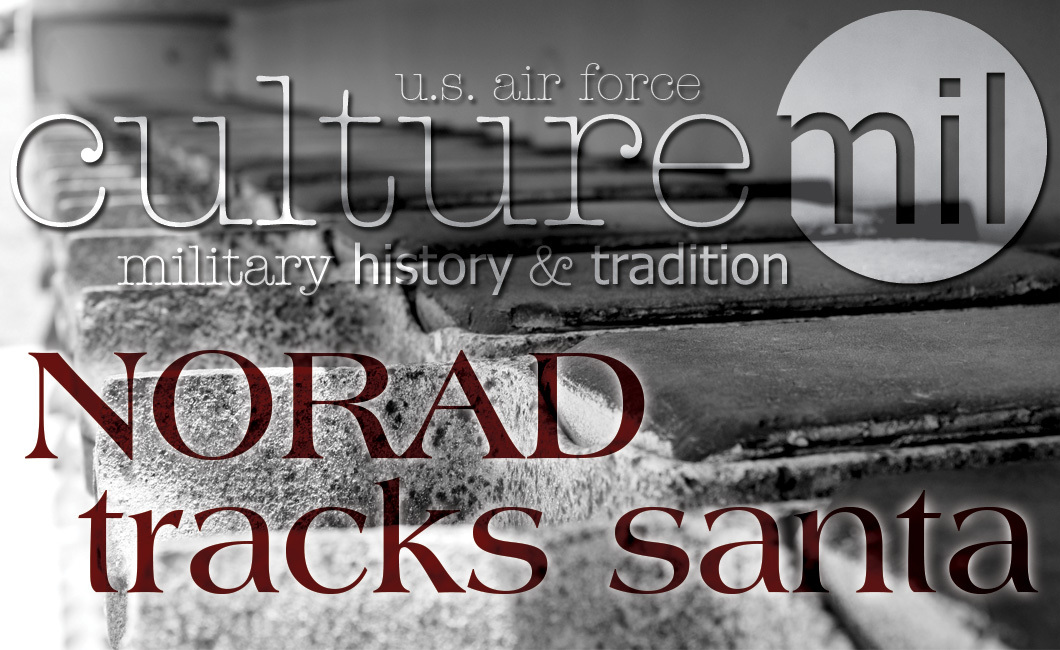 You better watch out

You better not cry

You better not pout

I’m telling you why

Santa Claus is coming to town

A botched newspaper ad campaign. A Christmas-spirited Colonel. A tradition is born.

Christmas Eve, 1955, it’s the Cold War and the red phone rings. A direct line to the Pentagon known only by a four-star general and Air Force Colonel Harry Shoup, the red phone, located in the Operation Center at Continental Air Defense Command (CONAD), isn’t supposed to ring unless the news was dire.

At first, thinking it was a very bad joke, Shoup was angry. But quickly realizing the call was real, he salvaged the situation by commanding his staff to check for Santa’s whereabouts on the radar. 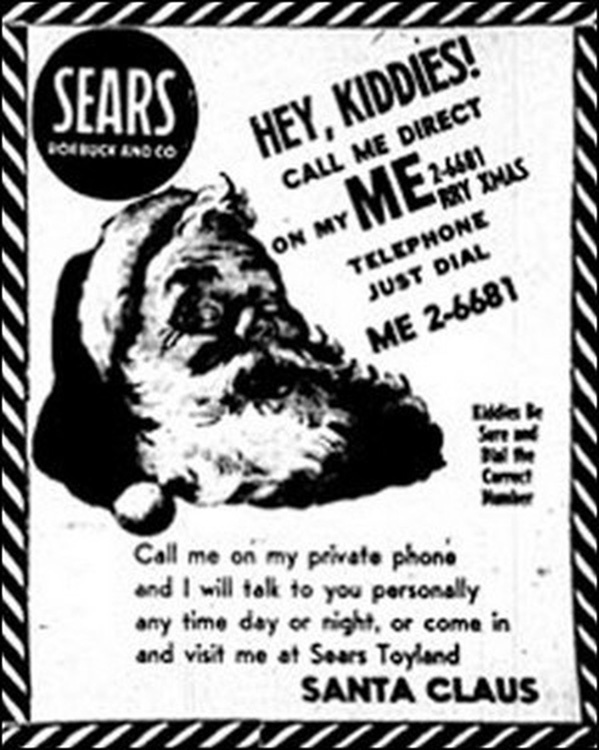 The Santa Tracker tradition started with this Sears ad, which instructed children to call Santa on what turned out to be a secret military hotline. Kids today can call 1-877 HI-NORAD (1-877-446-6723) to talk to NORAD staff about Santa's exact location.

After, he spoke with the girl’s mother, who directed him to a newspaper ad.

Sears, Roebuck & Co., who was running a Santa line, had a misprint in their ad, accidentally printing one digit off. The ad was sending children to Shoup’s top secret line.

Stationing some of his airmen to handle the calls pouring in from all the children wanting to talk to Santa, Shoup then worked to avert the crisis of the red phone’s compromised number.

Beginning the following year, and every year since, CONAD, who became and currently is NORAD, North American Aerospace Defense Command, added “NORAD Tracks Santa” to its long list of duties.

Based in Colorado Springs, they watch the seas and skies for maritime or aerospace approaches that could pose a potential threat to the United States or Canada. But since 1955, at midnight on Christmas Eve, they also turn their heat-detecting infrared sensors to detecting Rudolph’s shiny red nose, tracking Santa and his sleigh as he crosses the globe.

As its popularity grew, NORAD leaders began enlisting volunteers, who would field calls from children wanting to know Santa’s whereabouts. According to Captain Cameron Hillier in a 2018 interview, roughly 1,500 program volunteers received more than 126,000 calls throughout the day the previous year, along with approximately 18 million visits to the website and 2,000 emails. All because an Air Force Colonel had true Christmas spirit.

Nicknamed “the Santa Colonel” by his daughter, Terri Van Keuren, Shoup retired from the military in 1968. He passed away in 2009, at the age of 91. But his generous heart and quick thinking live on.

To track Santa on the web, which includes a Track Santa Countdown and a Santa Village that leads to games, movies, music and more (available in multiple languages), visit noradsanta.org. Or: