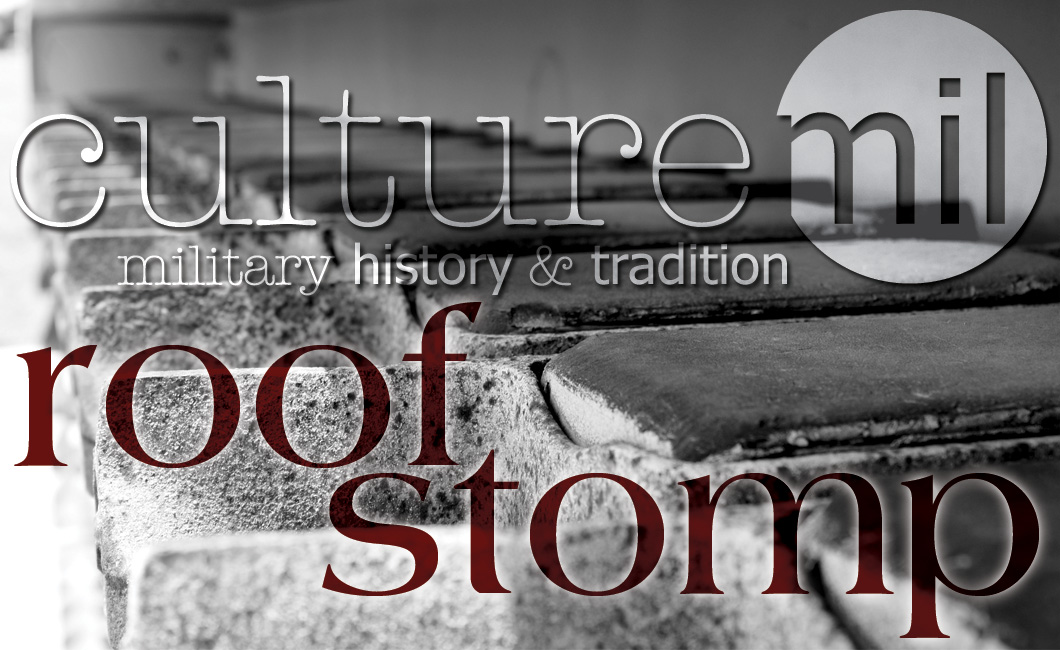 A Roof Stomp, and its more recently modified version – a Porch Stomp, is the way Airmen greet a new commander, celebrate a special occasion or say farewell in the form of a hospitality check. Despite its ambiguous history (no one seems to know how it came about), it is an honored and long-standing tradition.

Although this event is normally planned, unplanned Roof Stomps are considered far superior and a higher honor. According to Col. Greg Tims, 90th Missile Wing commander, “Traditionally, a roof stomp is where you greet a new commander or celebrate some sort of special occasion by climbing up on the commander’s roof and begin to make a LOT of noise while others are outside banging on the windows and doors. When he or she opens the door, the commander invites the group in for food and drink.”

Chuck17 at FlyingSquadron Forums (flyingsquadron.com) wrote, “At XL we actually had “Roof Stomp Assault Ladders” (painted and labeled as such) hung on the walls at the O’Club. I hope they are still there and being used as they were a few years ago...” And in response to the ‘protocol’ of informing the spouse, KoolKat wrote, “She married the Roof Stomp.” Toro elaborated, “If you want to do it in the true fashion of a roof stomp, you’ll just show up. However, depending on the wife a call may sometimes be warranted – NOT to warn her, but to let her prepare. A smart wife (mine included) would make sure that there’s beer in the fridge and maybe even chuck a frozen pizza or two in the oven.

“In my B-Course we roof stomped our SQ/CC, SQ/DO, and class manager. The first one was the SQ/CC and of course we were a little nervous on the protocol, so we called his wife to make sure they’d be there, etc. Not only did she welcome us – and promise not to tell him – she went to the store to get several cases of beer and had a huge sandwich catered from Subway. She hid everything in the garage until we got there – he had no idea we were coming (sts) until we got there.”

Anyone O-6 or higher should always have beer and snacks on hand as they may find their roof or porch being stomped at any time. And, of course, the more people involved, the more fun the party.