Culture.Mil - They Served Before They Led 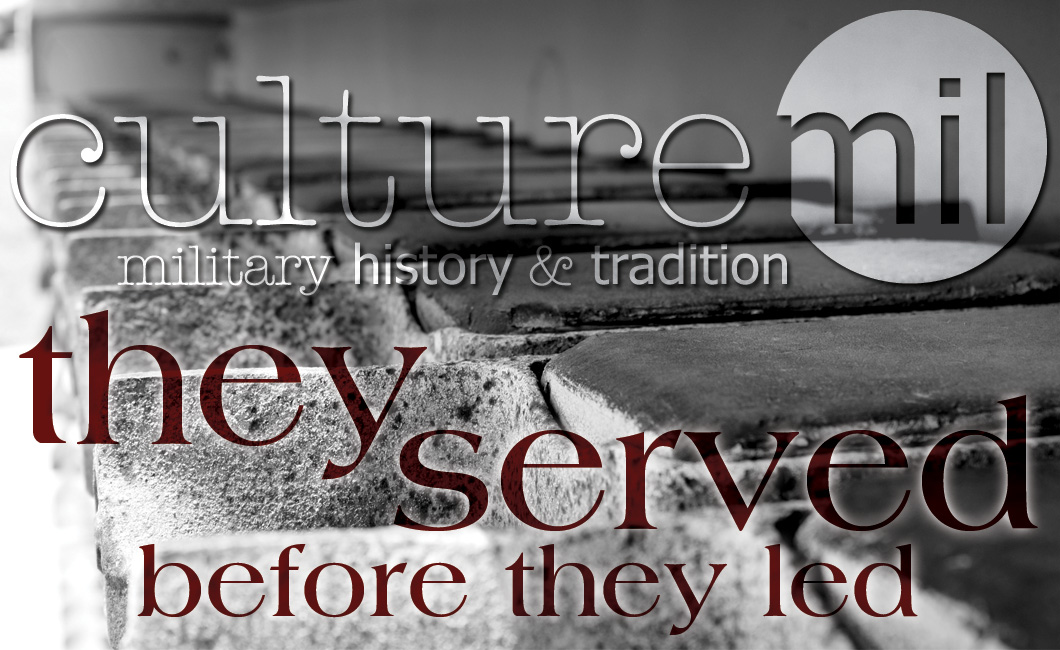 “It is not the critic who counts; not the man who points out how the strong man stumbled, or where the doer of deeds could have done better. The credit belongs to the man who is actually in the arena; whose face is marred by dust and sweat and blood; who strives valiantly; who errs and comes short again and again. Who knows the great enthusiasms, the great devotions, and spends himself in a worthy cause. Who at the best knows in the end the triumph of high achievement; and who at the worst, if he fails, at least fails while daring greatly. So that his place shall never be with those cold and timid souls who know neither victory nor defeat.”

– Theodore Roosevelt (“The Man in the Arena”)

Since the first presidency in 1789, thirty-one of forty-three presidents (72.09 percent) have served in the United States military. While there are forty-four presidencies (as of 2015), Grover Cleveland served two separate terms as both the 22nd and 24th President of the United States.

From state militias to current branches of service, one rose to the rank of General of the Army (5-stars), one received 5-stars posthumously and one never rose past the rank of private.

The early militia – or citizen-soldiers – were formed from the ranks of laborers, farmers and middling men. They defended community and home at need. Unlike the army, they did not travel from theatre to theatre, but returned to their citizen labors while remaining alert for the next threat.

The Militia Acts of 1792 provided the president with the authority to take command of the state militias “whenever the United States shall be invaded, or be in imminent danger of invasion from any foreign nation or Indian tribe” and organized the state militias, conscripting every eighteen- to forty-five-year-old “free able-bodied white male citizen.” In 1903, a new Militia Act was passed, which codified circumstances under which they could be federalized. Now National Guard, they received federal funding to pay for equipment and training used to meet the education, training and readiness requirements of active-duty units.

The Continental Army, then augmented by the militia, was the backbone of the struggle during the Revolutionary War, becoming one of the cornerstones that allowed the United States to thrive. Founded in 1775, it was quickly followed by the Navy and Marines, and later by the Coast Guard and Air Force:

During their military tenures, militia or branch of service, those thirty-one presidents served our country and its people. They stood for our freedom and the proud traditions of the United States military. They represent all those who have and will fight in defense of our great nation. Although not all of them served in conflict, they learned, each in his own way, those things the military values highest and strives to teach its Service Members: brotherhood, courage, determination, discipline, duty, fortitude, honor, integrity, loyalty, morale, pride, respect, sacrifice, selfless service…