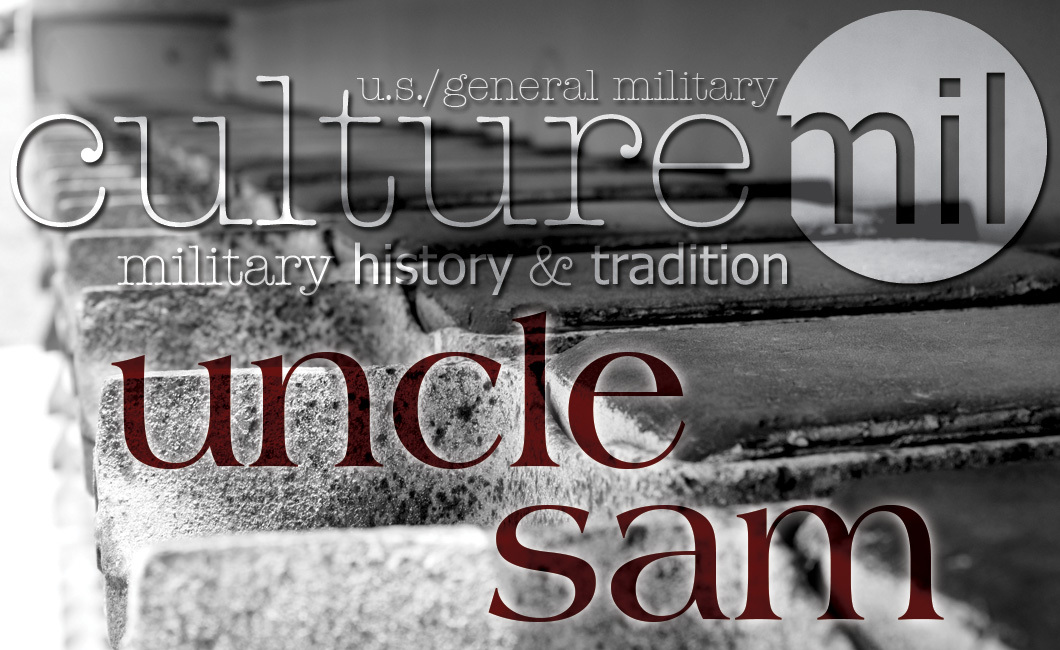 Written by Jenifer Chrisman on September 26, 2019.

“I WANT YOU FOR U.S. ARMY NEAREST RECRUITING STATION”

– 1917 Poster used to recruit Soldiers during WWI and WWII 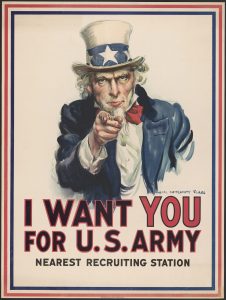 I want you for U.S. Army : nearest recruiting station / James Montgomery Flagg. 1917. Library of Congress.
War poster with the famous phrase "I want you for U. S. Army" shows Uncle Sam pointing his finger at the viewer in order to recruit soldiers for the American Army during World War I. The printed phrase "Nearest recruiting station" has a blank space below to add the address for enlisting.
http://hdl.loc.gov/loc.pnp/ppmsca.50554

Known as one of the most popular symbols of the United States, Uncle Sam is generally associated with Samuel Wilson, a businessman from Troy, New York. A supplier for the U.S. Army (barrels of beef) during the War of 1812, Samuel was affectionately called “Uncle Sam.” Although the U.S. stamped on the barrels of beef supplied by Wilson was meant to signify government property, people in the area thought it stood for Uncle Sam. The two concepts eventually merged and Uncle Sam became a United States icon.

This version of events caused considerable dispute. To end the debate, In a resolution passed by Congress in 1961, Wilson is now acknowledged as Uncle Sam’s namesake.

Generally portrayed in a vest under a swallow-tailed coat, striped trousers and a tall hat with flowing white hair and whiskers, Uncle Sam’s appearance is derived in two parts. Brother Jonathan, a fictional, rural American wit who always triumphed over his adversaries, was, in the early days of the United States until around 1861, interchanged with Uncle Sam, both being drawn as lean, bewhiskered gentlemen. Sam also received a portion of his appearance from Yankee Doodle, whose British-inspired nickname transpired during the American Revolution and was representative of the American colonials.

For more than 100 years, Uncle Sam has appeared in a myriad of advertisements, from recruiting for and encouraging support of U.S. military service, to political cartoons, to features for products such a cereal. Symbolically, in both art and culture, he has, and remains, one of the most well-known, representative figures of the United States.