All about the Bull (Shark) 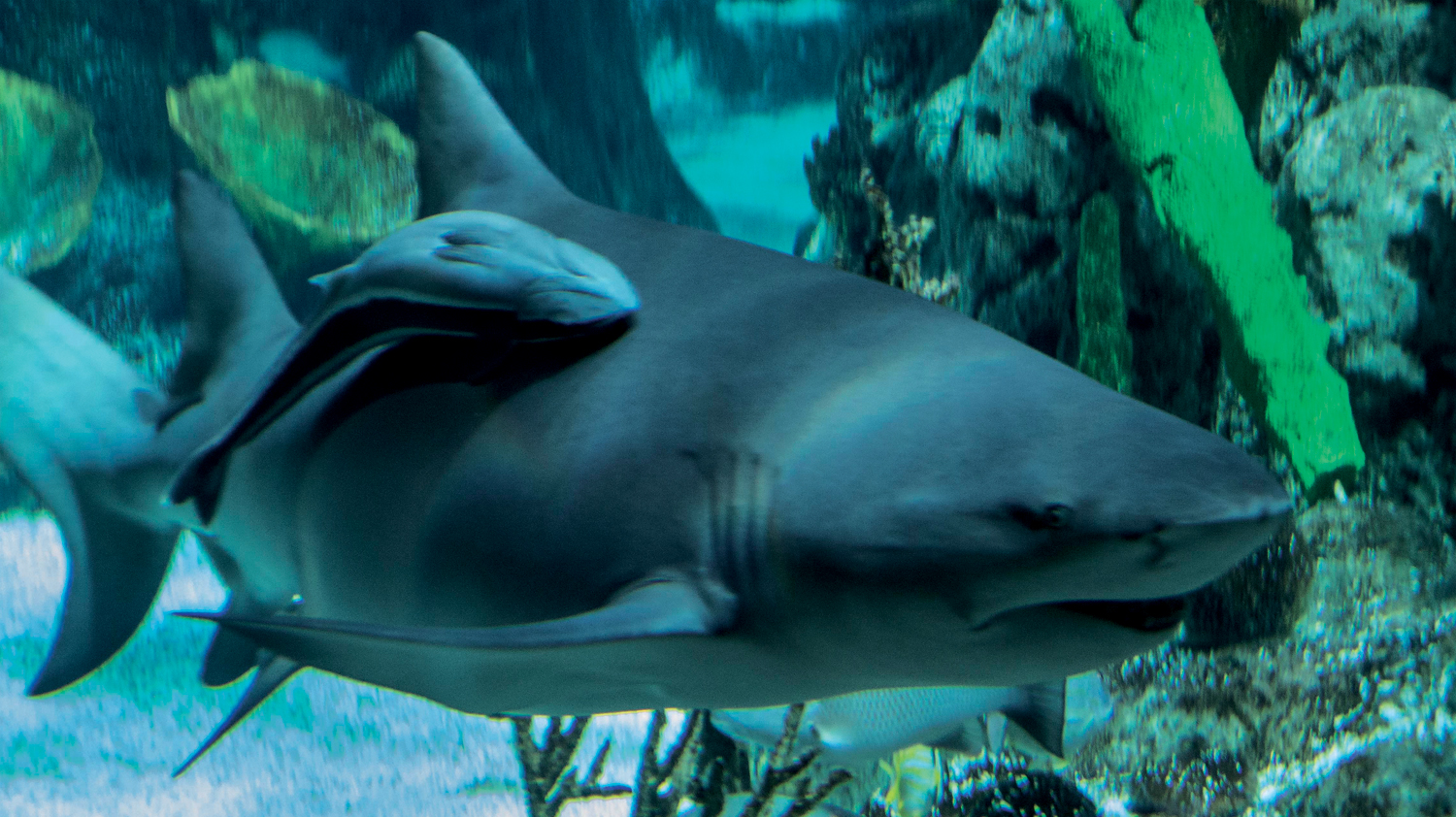 “Many people continue to think of sharks as man-eating beasts. Sharks are enormously powerful and wild creatures, but you’re more likely to be killed by your kitchen toaster than a shark!”

While the bull shark may appear a generic predator in comparison to a great white or hammerhead, it is anything but...

They can live up to 16 years in the wild and 25 years in captivity, as opposed to a great white, which has rarely been held in captivity for more than six months. Their size ranges between seven and 11.5 feet and they can weigh anywhere between 200 and 500 pounds.

Like all living organisms, their bodies need a specific salt-to-water ratio. For aquatic life, this presents a challenge, too much salt and they become dehydrated, too little salt and their cells become bloated, sometimes causing some of their bodies’ chemicals to become fatally diluted. To counter this, the kidneys of salt water fish flush the excess salt and release it in their urine. Conversely, the kidneys of fresh water fish release very little salt. While this evolution has made fish adaptive to their fresh or salt water environments, they generally have little or no control over how much salt their kidneys release. Bull sharks, on the other hand, are capable of regulating their salt output, thus allowing them to hunt in salt, brackish and fresh water and survive in any of the three indefinitely. Added to that, they also use their rectal glands and livers to further help maintain the necessary balance.

Bull sharks can do more than just hunt in freshwater. In 1937, two fishermen caught a five-foot bull approximately 1,750 miles from the ocean up the Mississippi River, while another was found swimming 2,485 miles upriver in the Amazon. But their exceptional ability to adapt is most notable in a landlocked lake at the Carbrook Golf Club near Brisbane, Australia. Believed to have been swept in during a flood in 1996, six bull sharks remained trapped when the water between dried up. Since then, they have bred and an estimated 12 bulls now inhabit the 50-acre, stocked lake. Swimming in the lake with them is strongly discouraged, the largest is estimated around 10 feet in length, but the Club does offer a tribute to them, the “Shark Lake Challenge,” held on the last Wednesday of every month.

Although shark attacks are ultra-rare (a person is more likely to be struck by lightning), don’t let the bull shark’s lack of eye-catching markings and generic facial features, which makes them difficult to distinguish, fool you. Bulls (#3), along with great whites (#1) and tigers (#2), are one of the three most likely candidates to attack humans. Known for frequenting shallow coastal waters and straying into brackish or fresh water, the bulls hunting brings them into human-populated areas all the time. And due to those same generic features, possibly causing a misidentification, some scientists believe bulls stand higher in the ranking of human attacks. But again, shark attacks are extremely rare. On average per year, there are 80 or less unprovoked attacks worldwide.

Although it has become more common knowledge in recent years, a great white is not the only possible real-life culprit that inspired the “Jaws” book (1974), written by Peter Benchley, and the blockbuster movie (1975) of the same name by Steven Spielberg. Despite capture of a great white with human remains in its stomach following the four shark related deaths in 1916 along the New Jersey shore, there were numerous inconsistencies. From the rarity of multiple attacks by just one shark (only two recorded), to two of the attacks taking place in the ocean, while the other two occurred in an inland creek (one approximately 10 miles from the nearest ocean bay), to the wound analysis of the victims, which suggested at least three different-sized sharks, just to name a few, it is likely more than one shark was involved. And in the case of the inland attacks, the malefactor is most likely a bull.

Not even hippos are immune to these predators. Although their ranking varies from list to list, hippos are considered one of the most dangerous animals in the world, causing an average of 500 deaths per year. They also are the third largest land mammal worldwide. At birth they average between 55 and 120 pound and are approximately 4.16667 feet in length. An adult male can reach as much as 9,920 pounds and up to 16.5 feet in length and 5.2 feet tall at the shoulder. In spite of this, bulls will sometime prey on young hippos and have been known to bite adults on occasion.

Of the 13 sharks tested for bite force, the bull shark has the most power. An adult bull can theoretically chomp down on its prey with over 2,000 newtons* at the front of its mouth and slightly under 6,000 newtons at the back of its mouth. This tremendous bite force allows bulls to tear through a wide range of prey, including skin, shell, scale and bone. By comparison a human’s max biting force is between 900 and 1,300 newtons.

But their bite isn’t just for catching prey; they also use it during mating. Male bulls reach sexual maturity between 14 and 15. Females can’t start reproducing until they are 18. From 18 on, female bull sharks will sport bite scars behind their skulls as male partners grasp that area in order to hang on while they procreate.

In the words of Paul Watson, “The shark is the apex predator in the sea. Sharks have molded evolution for 450 million years. All fish species that are prey to the sharks have had their behavior, their speed, their camouflage, their defense mechanisms molded by the shark.” And when it comes right down to it, the bull shark, regardless of its lack of physical distinction, is a unique and highly evolved predator, a real standout in the shark world.

*The newton (symbol: N) is the International System of Units (SI) named after Sir Isaac Newton and defined as the force which gives a mass of 1 kilogram an acceleration of 1 metre per second, per second, 1 N = 1 kg·m/s2.