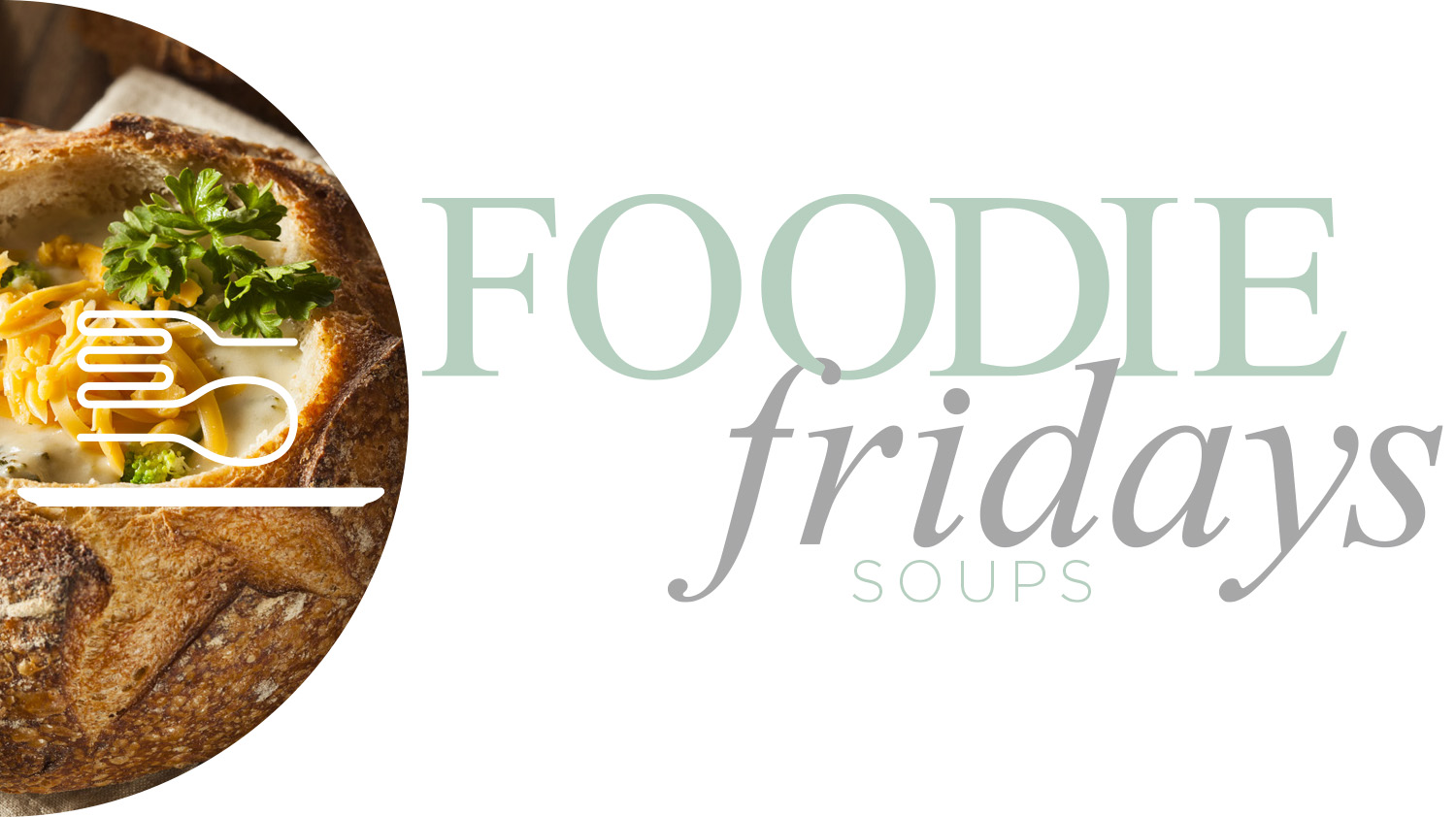 I love Zuppa Tuscana. Who doesn’t? But my first attempt, while decent, didn’t make me want to repeat the recipe. And there are so many other recipes worldwide to try. So, I dumped the recipe and started looking for one that suited me better. Eventually I found Half-Baked Harvest’s version of Pesto Tortellini Zuppa Tuscana. It sounded great. It was a version I had never tried at a restaurant; but I knew all the ingredients and knew they would work well together. I was still a little nervous though; my husband isn’t a big fan of pesto or lemon juice.

1. Peel and chop the onion. Peel and mince the garlic. Drain excess oil from sun-dried tomatoes and cut into small pieces. Juice the lemon (d). Gently rip the curly edges off the Kale into bite-sized pieces (e).

2. Place a piece of tinfoil on a small baking tray and set the oven or convection oven to 400˚. Evenly spread the bacon pieces across the tin foil and bake until crisp (f). Set aside (g).

3. In the meantime, add the bacon grease to a heavy-bottomed pot or Dutch oven and set the heat to medium high. When grease is hot, strip the casings off the sausages and brown all over, until fully cooked, breaking into small pieces as it cooks down. Remove to a bowl (g) and drain any excess grease.

4. Add the onion and cook until semi translucent, stirring to cook evenly. Add the garlic and red pepper flakes (if using) and cook for one to two minutes, just until garlic is fragrant. Add the sausage back in, along with the broth, pesto, sun-dried tomatoes and lemon juice (g). Salt and pepper to taste (I only used a couple of quick dashes of salt). Bring to a boil ( h).

Cook the bacon in a large pot over medium heat until crisp, about 5 minutes. Remove the bacon. If there’s excess bacon grease, drain off all but 1 tablespoon.

To the pot, add the sausage and onion. Brown all over, about 5 to 8 minutes. Add the celery, garlic, and a pinch of chili flakes, cook 2 minutes. Pour in the broth, 1 cup water, the pesto, sun-dried tomatoes, lemon juice, and season with salt and pepper. Bring to a boil over medium-high heat.

6. Add the heavy cream and grated cheese. Remove the pot or Dutch oven from the heat and stir in the reserved bacon.

Of course, I had to make changes. What was I going to do with that other quarter pound of sausage? I’m sure I would eventually have found a use for it, but it was too little to vacuum seal, so it would probably be bad by the time I came up with something. Or, more likely, I would accidentally use it, thinking it was something needed for another recipe (this has happened a time or two) and then have to scramble to fix whatever I was making. So, I just used it all. However, you can certainly use what the recipe originally called for.

And when it comes to celery, unless I am seriously slow cooking, I just omit the ingredient. I am not a fan. When I slow cook I cut it into really large chunks, which I later set aside for my husband.

The rest was just preference. I don’t use a lot of salt when cooking and have workarounds, especially for dried beans, to reduce the amount of salt I use in a dish. It requires a bit of maneuvering and a decent knowledge of ingredients, especially if I can’t taste test during the cooking process. But in the end, at least to me, it is worth it. Salt can always be added once the food is served, but good luck drawing the salt out if the dish is over salted during cooking.

I prepped nearly everything the day before (which was a Sunday); that way all I had to do on Monday after work was let the ingredients rest outside the refrigerator for about 35 to 40 minutes before cooking. Then I threw it all together in my Dutch oven according to the directions.

My husband, who got called into work, took it with him and had no way to heat it up. It was lukewarm by the time he was able to eat it (which he hates). Shortly after, he sent me a text asking me not to share any as I often do with large recipes. So, this is a definite keeper in my house. Although it will be quite a while before I make it again as I will be off on many new recipe adventures.

Greyed Italic Ingredients and Directions were either omitted or altered.

c.         If you know a butcher that makes great Italian sausage, go for it. If not, Publix makes their own and is the best I have found when no good butcher version is readily available.

d.         A neat trick, place the lemon in the microwave and nuke for 30 seconds. Carefully remove it from microwave, it will be hot, cut in half and juice. This trick gets more juice with a lot less effort.

h.         At this point, the soup will taste somewhat oily due to the bacon grease and the oil from the sun-dried tomatoes. That will change once the remaining ingredients are added.